Extract, Transform, and load (ETL) operations are what forms the backbone of an enterprise data lake. Enabling the extraction of data from multiple sources and transforming the data as per the business needs and writing the results into the desired target location is what is primarily achieved.

Apache Airflow is one of the workflow engines which enables managing, scheduling, and running jobs and data pipelines. It ensures jobs are ordered correctly based on the depe 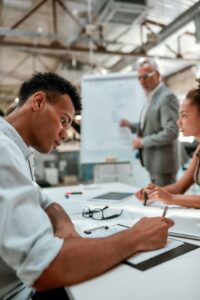 ndencies. It ensures in managing the allocation of scarce resources. It also provides mechanisms to track the state of the jobs and to recover them from failure. Being a very versatile tool, it supports many domains like growth analysis, search ranking, data warehousing, engagement analytics, infrastructure monitoring, anomaly detection, email targeting and data exports.

Few of the basic concepts of Airflow include:

The Airflow architecture is composed of four components:

This modular architecture of Airflow can be scaled to infinity as it uses a message queue to orchestrate an arbitrary number of workers. It is also easily extensible as we can define our own operators and extend libraries to fit the level of abstraction to suit the environment. The Airflow pipelines are defined in Python and thus it allows to instantiate pipelines dynamically by coding.

Few of the prominent features of Airflow include: